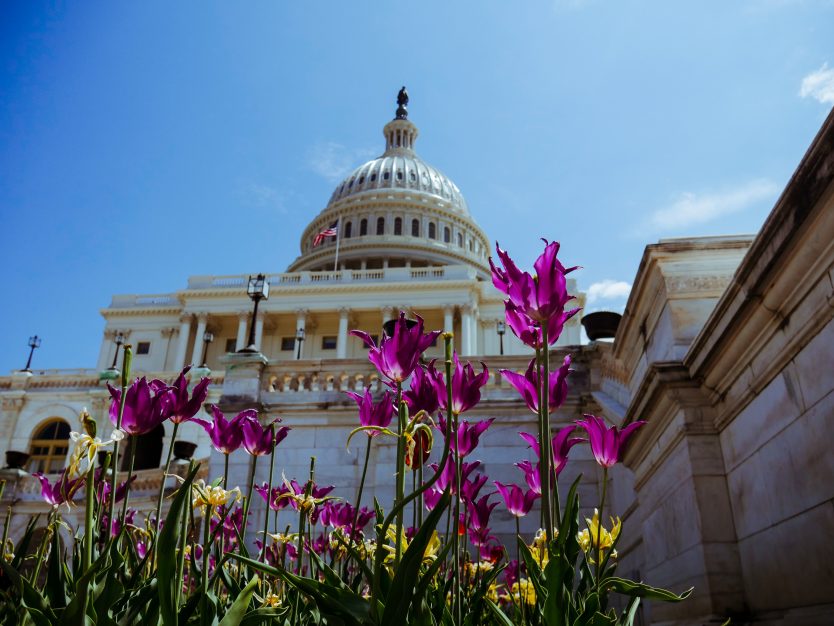 “The actions of the FDA under the Biden administration’s influence have made it clear that states are the first and only line of defense protecting women and the preborn from these deadly pills,” says SFLAction’s Meredith Stratmann.

MONTGOMERY, AL and WASHINGTON D.C.  (04-28-2021) – Students for Life Action’s Meredith Stratmann, the Southern Regional Intern with both Students for Life of America and SFL Action, is scheduled to speak today before the Alabama House Judiciary Committee on H.B. 377, the Chemical Abortion Ban introduced by  Rep. Andrew Sorrell, which would ban deadly Chemical Abortion Pills from being sold and distributed in state. Video of the 1:30 p.m. Central event can be seen here.

SFLAction has been a leader in the fight to stop Chemical Abortion Pill distribution. Click here to read more about the 14 states that engaged this legislative session on the issue.

Pictures and video of the event will be available after at Students for Life Action’s website, but Stratmann will make some of the following remarks on behalf of the 11 Students for Life groups in high schools and colleges across the state of Alabama, part of SFLA’s almost 1,300 student groups in every state across the country.

She observes: “We’re just getting started in a massive effort to fight back against predatory corporate abortion interests and oppose them at every turn in this new frontier of chemical abortions. The actions of the FDA under the Biden administration’s influence have made it clear that states are the first and only line of defense protecting women and the preborn from these deadly pills. By using the pandemic as an excuse to gut federal safeguards requiring in-person dispensing, the FDA has blown open the door for those who traffic and coerce women, with little regard for the reportedly 3 to 8 percent who will be left to suffer significant complications requiring emergency care. That’s between a hundred and twenty thousand and three hundred and twenty thousand women who will experience these complications.

“Because these abortions are committed at home or even in a college dorm, many women may not even realize they are experiencing an adverse effect. The patient and healthcare provider relationship is distant at best, and in some cases, the doctor may be in a completely different state. Chemical abortions do not provide the necessary observation in which healthcare professionals would be able to catch the signs and symptoms of a complication. That medical judgement is left up to a woman at home by herself, likely googling her symptoms and trying to decide if she’s just being paranoid.

“These pills are dangerous to women, and lethal to babies. They end the life of a preborn child, and are even more dangerous to women than surgical abortion, causing 4x more complications. The pills can cause infertility if used improperly and can even be slipped into the drinks of pregnant women.  Planned Parenthood has set up authorization in all 50 states that would make it possible to bring deadly chemical abortion pills to underage girls across the nation on-line with just a few clicks, confidentially, with no safeguards or follow-up care in their new “Abortion by Amazon” world.

“In addition to not being safe, there is no legal protection for chemical abortion in Alabama. In 2018, an amendment to the Constitution of Alabama of 1901 declared and affirmed the public policy of the state to recognize and support the sanctity of preborn life and the rights of preborn children. The amendment made it clear that the Constitution of Alabama of 1901 does not include a right to an abortion. I urge you to act in accordance with this precedent and vote to protect the rights of the preborn. Chemical abortions are not safe and can have long term negative effects on women and their fertility. Please vote yes on House Bill 377 to protect women and children from the abortion industry.”

They wrote: “The Biden administration’s chemical abortion gambit also reveals a deep hypocrisy. Consider that on the same day news was breaking about the gutted health and safety standards for chemical abortion, the FDA also announced it was pulling the Johnson & Johnson COVID-19 vaccine because, out of 7 million people who had taken it, six had suffered blood clots and one person died. Yet despite the fact that chemical abortion pills have been a factor in the deaths of more than 20 women and millions of unborn children, Biden’s FDA not only kept the drugs on the market, but authorized, in effect, a nationwide experiment in do-it-yourself abortions. There was no semblance of an “abundance of caution” in the FDA’s abortion pill announcement.”

Learn more about how Chemical Abortion harms women and preborn children at THISISCHEMICALABORTION.com.

Stay up to date on the Pro-Life Generation’s engagement in state legislation at https://studentsforlifeaction.org.

Students for Life Action (SFLAction) is the 501c4 sister organization of Students for Life of America (SFLA), the nation’s largest, pro-life, student organization with more than 1,240 groups on middle, high school, and university campuses in all 50 states. Students for Life has more conversations with those most targeted by the abortion industry every day, week, and year than any other pro-life outreach in the world and mobilizes the Pro-Life Generation to confront abortion at the local, state, and national levels daily. Every week, Students for Life entities reach more than 2 million people across social media platforms to have nearly 200,000 digital conversations with the most engaged pro-life online audience in the world.

Students for Life of America (SFLA) is the nation’s largest, pro-life, youth organization. Headquartered in Fredericksburg, VA, SFLA serves more than 1,240 groups on college and university, middle and high school, medical and law school campuses in all 50 states. Student pro-life organizations work to confront policies on their campuses to support pregnant and parenting students, to end Planned Parenthood’s relationships with schools and communities, and to change minds of their peers about abortion. SFLA has more conversations with those most targeted by the abortion industry every day, week, and year than any other pro-life outreach in the world and mobilizes the Pro-Life Generation to confront abortion at the local, state, and national levels daily. Every week, Students for Life entities reach more than 2 million people across social media platforms to have nearly 200,000 digital conversations with the most engaged pro-life online audience in the world.