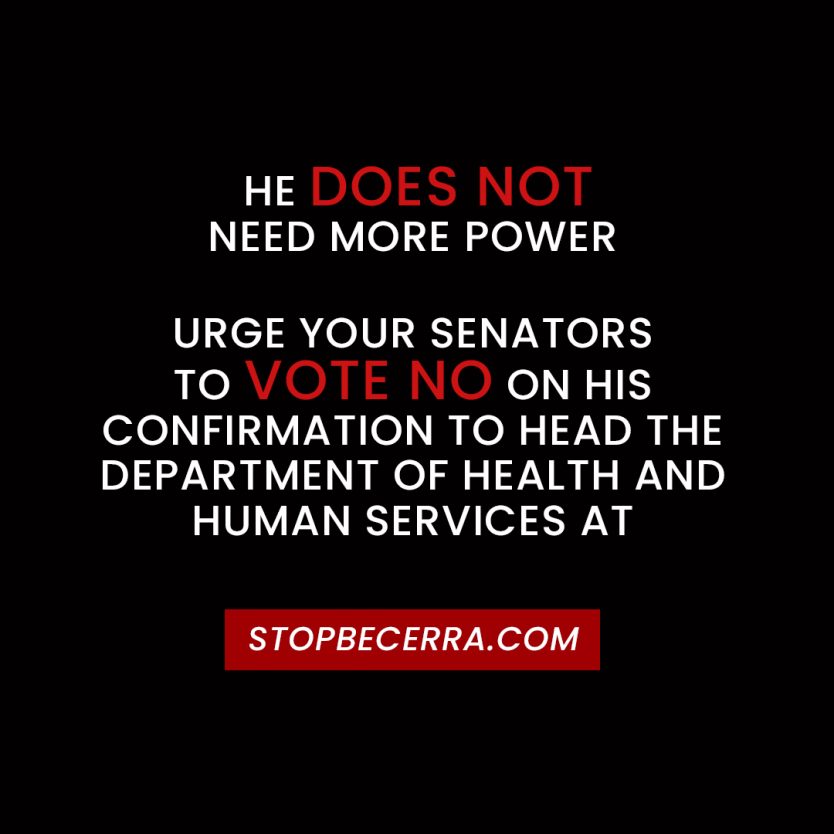 Students for Life Action President Kristan Hawkins at USA Today on why Xavier Becerra’s nomination to HHS in Trouble & Should be Rejected.

“Consistently, Becerra has used his authority against those who do not share his views. Given all the challenges ahead for America during this pandemic, we don’t need an unqualified, divisive litigator running healthcare at HHS,” writes SFLAction’s Hawkins, urges people to visit StopBecerra.com.

WASHINGTON D.C. (02-23-2021) – Students for Life Action President Kristan Hawkins noted that the vote on Xavier Becerra as President Biden’s pick to head Health and Human Services would be a scored vote, explaining the many reason why the “famously partisan” attorney was a bad choice in an op-ed up at USA Today. You can monitor SFLA/SFLAction’s real-time response to Tuesday and Wednesday hearings on the nomination at SFLAction’s Facebook, Twitter and Instagram.

Read our official letter urging the United States Senate to reject the nomination of Xavier Becerra to head HHS.

At USA Today, Hawkins noted the following on Becerra’s treatment of Americans:

Xavier Becerra, Biden’s pick for head of HHS, is in trouble for good reason

The former California attorney general has been rebuked by the Supreme Court and he’s simply unqualified to run healthcare in a pandemic.

Xavier Becerra is under fire as President Joe Biden’s first choice to head the Department of Health and Human Services for many reasons, from his litigious opposition to former President Trump’s administration in filing more than 100 lawsuits, to his advocacy for “Medicare for All,” to his championing a convicted drug dealer for a pardon. But on the issue of abortion, Becerra has a decades’ old track record of siding with the abortion lobby whenever possible and using the power of his office to try and force others to share his enthusiastic support of abortion up until the moment of birth.