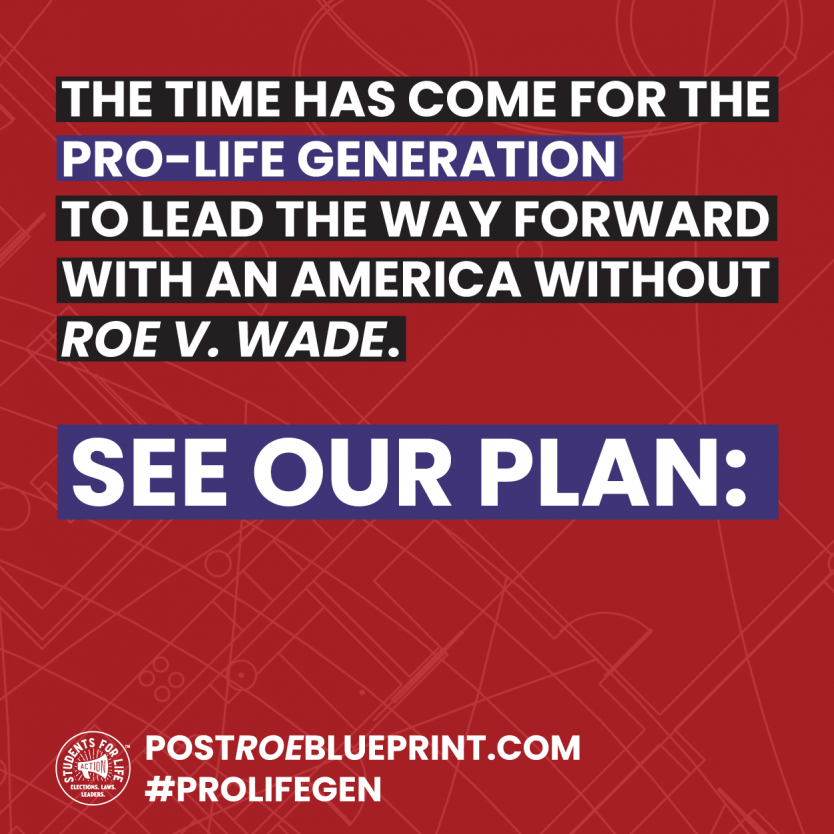 “Pro-life sentiments will not be enough to transform our culture to fully support mothers and their children, born and preborn,” said SFLAction President Kristan Hawkins. “It’s up to the pro-life movement to lay out a roadmap of action items for the future that can be taken at all levels of government – from federal to state, to the local level.”

WASHINGTON D.C. (08-24-2020) – “Despite the fact that the issue of abortion was ignored during the Democratic National Convention, it represents a clear difference between most candidates vying for office,” observed Students for Life Action President Kristan Hawkins. “To equip pro-life leaders of both parties, SFLAction is releasing The Blueprint for a Post-Roe America, providing a path forward for those who want to build a culture of life for families. The New York Times recently recognized something that pro-life activists have known for years, as an issue, abortion motivates people to vote. But after an election, the expectation must be that politicians get to work and make a difference.”

SFLAction will be calling on pro-life Americans nationwide to endorse The Blueprint and urge elected officials to support, through a petition HERE.

Learn more about The Blueprint here.

With the goal of holding politicians accountable for how they voted, SFLAction took the unusual tactic this summer of going after pro-abortion politicians of both parties in state-level primaries. The current campaign and its effectiveness are detailed  in Hawkins’ op-ed at RealClearPolitics.

As a governing philosophy, SFLAction will use the Blueprint as the basis of our scorecard, coming in the next legislative session. SFLAction is also currently circulating a candidate survey that addresses policy initiatives coming from the principles articulated in the Blueprint.

SFLAction priorities for up-coming legislation include policies calling for:

“In fighting the horrors of abortion, we oppose an industry harming woman and their children, but we also embrace an approach to help them reach their potential through loving support and proactive policies,” said Hawkins.

In his book, Abortion and the Conscience of the Nation, President Ronald Reagan observed: “I have often said that when we talk about abortion, we are talking about two lives — the life of the mother and the life of the unborn child … Anyone who doesn’t feel sure whether we are talking about a second human life should clearly give life the benefit of the doubt. If you don’t know whether a body is alive or dead, you would never bury it. I think this consideration itself should be enough for all of us to insist on protecting the unborn.”