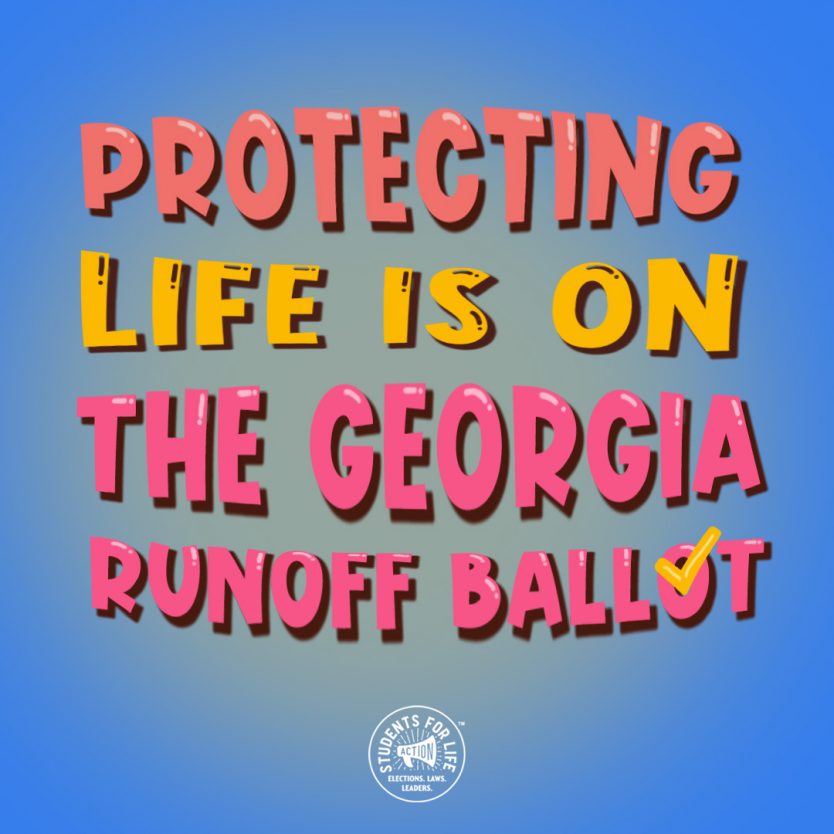 Students for Life Action is currently preparing to deploy nearly 200 students to Georgia from January 1st-6th for the U.S. Senate runoff election on January 5th, but many of our students are already in Georgia to ensure that voters in the state #VoteProLifeFirst!

We have seen the massive impact our students have had during deployments for the 2020 election season, so we know just how important it is to have our students and staff knocking on doors across the country.

Anthony DiMauro, one of our student leaders in Washington state, shared his story of persuading a voter after talking to him about the abortion extremism of the Left. While talking to an undecided independent voter, Anthony shared some of our campaign literature, and the voter seemed interested.

So he kept talking. 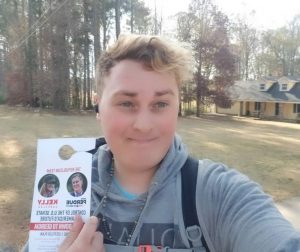 “I’m actually from Washington state and the reason why I’m down here is because my heart longs to save the born and preborn. The democrats have advocated and pushed for third trimester abortions, which is when a baby is viable and can survive outside of the womb. The Democrats are also pushing for infanticide which means that if a baby survives a botched abortion, then the abortion doctors leave the babies on a cold slab to slowly die an excruciating death. Top Democrats have advocated and pushed this abhorrent legislation. It may surprise you that 90% of all Americans do not support late-term abortions and infanticide. If we, the Republicans, don’t have control over the senate, then radical extreme abortion legislation can easily run through those doors. There would be nothing stopping Joe Biden, one of the most extreme abortion advocates, from stopping this human atrocity.”

Talking about the life issue worked!

Anthony let us know that the voter did not know how extremely pro-abortion both Reverend Warnock and Jon Ossoff are, and that he would be voting for pro-life candidates as a result!

We are excited to bring nearly 200 students down to Georgia for the week leading up to the U.S. Senate runoff election. Our goal at Students for Life Action is to support our students, like Anthony, who are changing the hearts and minds of voters in Georgia.

Check out where students from all across the country are coming from to ensure Georgia voters #VoteProLifeFirst and our response to Joe Biden’s visit to Georgia.