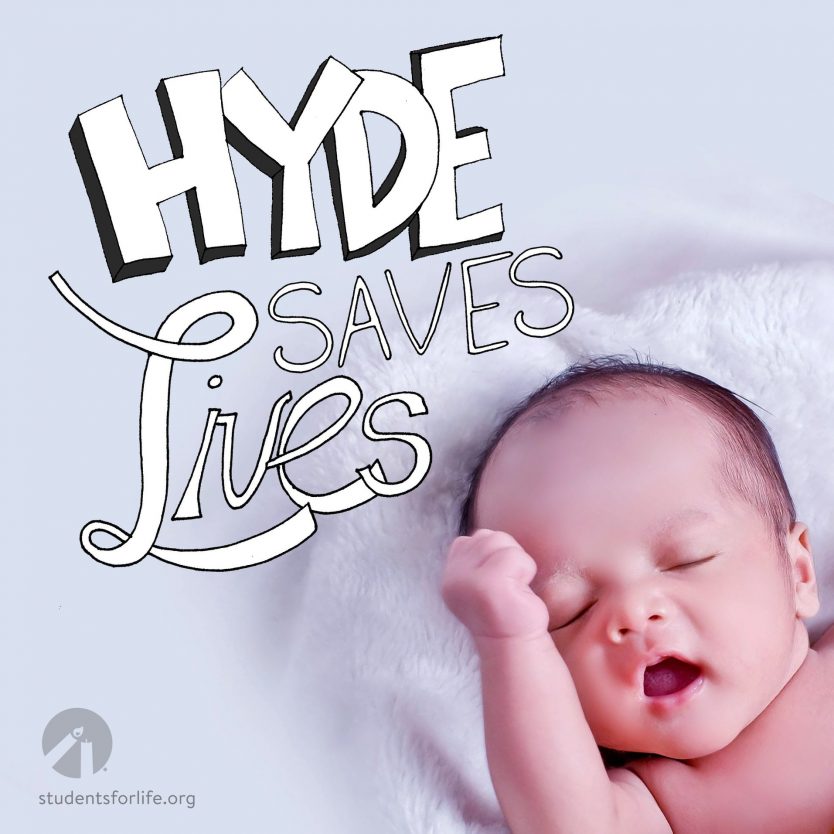 “This hearing is more evidence that the abortion industry is looking to cash in on their political investment in this election, as activists called for new taxpayer funding for abortion and an end to the Hyde Amendment, which has had bipartisan support from abortion extremists like Joe Biden and Kamala Harris for years,” said SFLActions’ Kristan Hawkins.

WASHINGTON D.C. (12-08-2020) – Students for Life Action President Kristan Hawkins noted that a radical abortion agenda was laid out in a hearing today, in which a lone pro-life voice was heard. Chairwoman Nita Lowey of the House Appropriations Subcommittee on Labor, Health and Human Services, Education, and Related Agencies called for the Hyde Amendment to be ended in a virtual hearing titled “The Impact on Women Seeking an Abortion but are Denied Because of an Inability to Pay.” The Hyde Amendment limits taxpayer funded abortion to cases of rape, incest and when the mother’s life is in danger. “Americans consistently say that they don’t want to pay for all abortions in the United States, which is what getting rid of the Hyde Amendment is all about. And pro-life Americans celebrate the fact that the Hyde Amendment has saved more than 2 million lives since 1976,” said Hawkins.

“In every poll, a plurality of Americans opposes public funding of abortions. In every poll but one, that plurality is a majority. The questions vary, but the result is the same. Respondents support “banning federal funding for abortion” except in rape cases or to save the woman’s life (Politico/Morning Consult, 2019). They believe that “government health insurance programs for low-income women, like Medicaid,” should not “cover abortion” (PRRI, 2018). They oppose “using tax dollars to pay for a woman’s abortion” (Marist, 2019). They oppose allowing “Medicaid funds to be used to pay for abortions” (Politico/Harvard, 2016). When they’re told that “the Hyde Amendment prohibits federal funds from being used to fund abortions, except in the case of incest, rape or to save the life of the mother,” they endorse the amendment (YouGov, 2016). These polls aren’t close. The average gap between the pro-funding and anti-funding positions is 19 percentage points.” (emphasis added.)

Christina Marie Bennett, communications director at the Family Institute of Connecticut, was the only voice calling for continuation of the Hyde Amendment. She told her own story about how her mother had considered aborting her but chose life with some encouragement and detailed the social costs of abortion on her community.

“It’s not racist to preserve black lives,” noted Bennett, countering earlier testimony from Dr. Herminia Palacio, President and CEO of the Guttmacher Institute, who called Hyde Amendment “a racist policy” even though a huge percentage of the lives lost to abortion are in the Black community.

Bennett also highlighted the racist roots of Planned Parenthood, illustrated here in an op-ed from Hawkins at USA Today.

Hawkins observed: “The vast majority of the abortion vendors have set up shop in minority neighborhoods, which can be seen in the scarce statistics available at the Centers for Disease Control and Prevention. Though they are only 13% of the female population, African Americans made up 38% of all abortions tracked in 2016.”