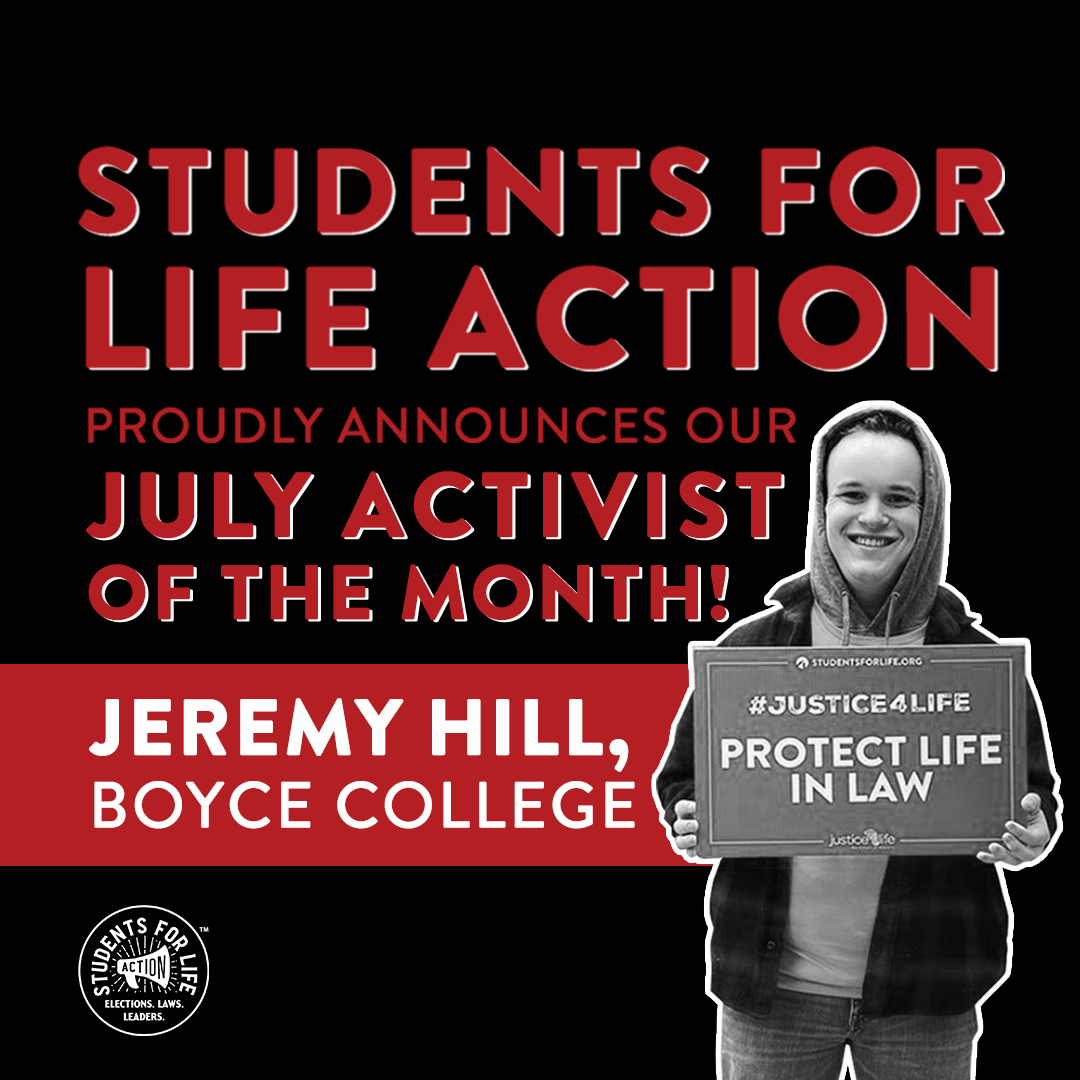 This year has been a historic one for the pro-life movement. Activists nationwide have aided pro-life lawmakers in proposing and passing a record amount of pro-life legislation. Students for Life Action has been active in all 50 states, building student leaders and mobilizing on state legislative battles (including testifying, rallies, meeting with legislators, generating calls & texts to voters, and training students).

One student in particular stands out: Jeremy Hill. Jeremy has consistently been one of the most active student volunteers with Students for Life Action, joining us for both election and legislative efforts across the country. Most recently, he was honored with an invitation to the bill signing for a pro-life constitutional amendment in Kentucky. 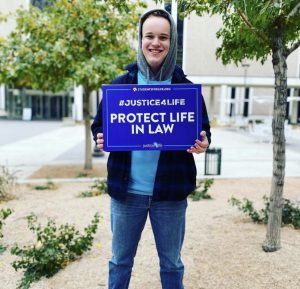 Can you tell me a bit about yourself?

I am a college student studying philosophy, politics, and economics at Boyce College in Louisville, KY. Ever since I was a teenager, I have had a deep interest in politics. I always joke about this because it took me three semesters in college to realize that I didn’t want to be a doctor; I was truly passionate about the public sphere. I am currently studying this degree with plans of going to law school to obtain a Juris Doctor with an emphasis on Constitutional Law in hopes of either working in politics or becoming an attorney.

What motivated you to become a leader in the pro-life movement?

I attended a mandatory cadavers lab in high school, and I was unaware that they also showcased preborn life as well as adult cadavers. They had these precious, innocent babies floating in jars, and they passed them around for us to hold like they were models. Something snapped in me when the medical attendants talked about these babies like they were humans, but when a girl asked a question about what abortion does, the attendant snapped into a cold attitude and referred to the process as sucking tissue out of the womb. We had just held these babies, and they were more than “blobs of tissue!” That event is what snapped me into doing something in the movement, and I became very involved with SFLA in college.

Can you tell me a more about your pro-life activism?

I’m part of the 10:18 Society pro-life club at Boyce College, and I work to gather students at the University of Louisville and Bellarmine University on lobbying activities in the state. For example, some students and I went to Frankfort this past semester and we had the honor of participating in the official bill signing of an amendment that would guarantee no “right” to an abortion in the state. Apart from this, I have organized email campaigns, calling campaigns, and more. I also have experience with the life issue with The Family Foundation of VA, Center for Arizona Policy, and SFLA. I am currently serving with the Family Foundation in Virginia as an intern for the summer. 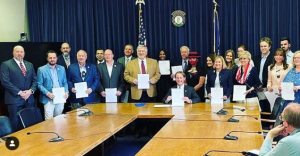 How has Students for Life Action helped you on your pro-life activism journey?

What would you tell someone who wants to get involved in the pro-life movement?

Help those who can’t help themselves and be a voice for those who can’t speak for themselves. I would rather make several mistakes doing the right thing than make hundreds of mistakes staying silent. If you are timid about doing this type of activism, I would start with work in a pregnancy help center. I started with volunteering in a pregnancy help center as a teenager and the work I did truly equipped me to get more involved in activism. Horizon Pregnancy Clinic in Huntington Beach, CA instilled in me the respect we should have for women considering having an abortion. This instillment is absolutely crucial if activists want to see a value for human life in our society.

Jeremy has done an incredible job this year, as have hundreds of students nationwide. He played a pivotal role in saving lives in Kentucky and participated in countless other events. His leadership and dedication are examples to the entire Pro-Life Generation!

If you want to step up and lead in your community, we are here to help. The role of Students for Life Action is to train and mobilize this generation of pro-life leaders to impact public policy and influence key elections to restrict and abolish abortion state by state.

Join our efforts and help lead your state to abolish abortion. Apply to become a SFLAction State Captain here.