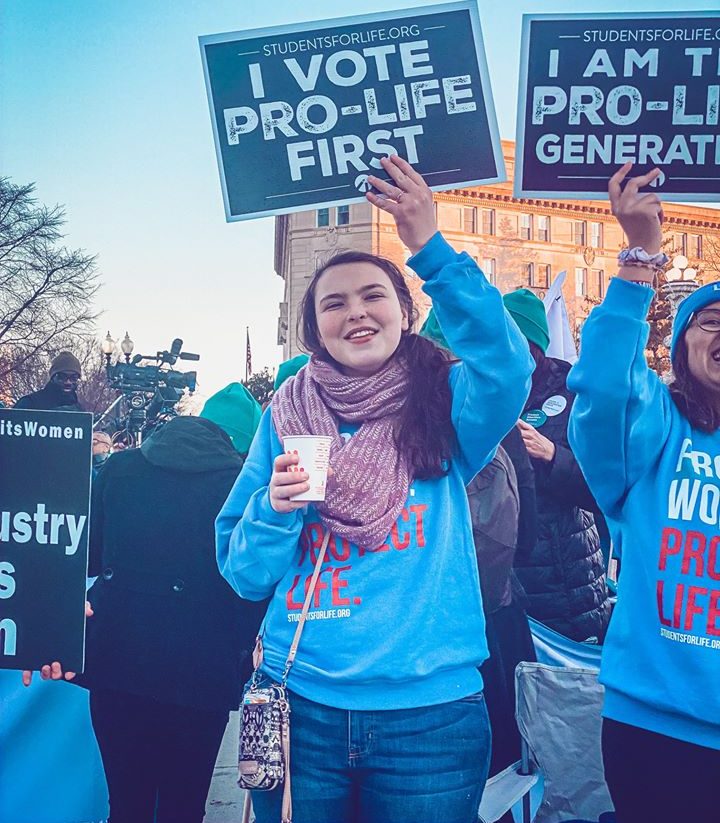 In March, I camped out at the Supreme Court with my fellow Students for Life leaders. We were holding our spot for a pro-life rally scheduled in the morning, on the day that oral arguments started for June Medical Services v. Russo. We took pictures, answered questions from the media, and had impromptu dance parties. It was very cold, windy, and rainy, but that didn’t dampen our spirits.

We knew the importance of this Supreme Court case.

In 2014, the state of Louisiana passed a law that would require that doctors committing abortions had admitting privileges to a hospital within a thirty-minute radius of the abortion clinic. It would also require that hallways be wide enough for a gurney in the case of an emergency (i.e., hemorrhaging). The abortion lobby argued that this was merely the state limiting abortion access in whatever way they were able. However, the restrictions that would have been imposed were the same restrictions imposed on any other outpatient medical facility in the state.

With the tagline, “protect women, protect life.” The pro-life generation argued that the law was not about limiting abortion access, but rather ensuring women who get an abortion won’t be a victim to subpar care. The law was passed but was subsequently appealed. It made its way all the way up to the Supreme Court.

This is how I found myself outside the Supreme Court rallying with Student for Life and other pro-life organizations like Live Action and Rehumanize Intl.

In the morning, the rally began. The pro-choice protestors claimed a spot centered in front of the Supreme Court. We ended up taking the stop off to the side which ended up working out because it was closer to the media.

What was interesting to me was that the abortion lobby used to push “Safe, Legal and Rare.” But the majority of the signs I saw that day said “Abortion Access.” It was eye-opening as it seems they have shifted from rare and safe abortion to advocating for abortion no matter the safety level.

At one point, the pro-choice side attempted to infiltrate our rally, because they wanted to get closer to the media. We tried to engage them to discuss abortion, and while many were hostile, a few civil and productive conversations were held. We held our banner, and the pro-choicers kept trying to inch us back. At one point, one of our leaders had to threaten some of the pro-choicers with security because they were pushing us students and almost knocked one of us to the ground. They commented that it was just “the patriarchy” trying to oppress them instead of taking responsibility for their actions of pushing teenagers.

I personally thought the pro-choice and the pro-life sides could agree on the June Medical Services v. Russo case. Yes, we as pro-lifers do not think abortion should be legal, but we do not think women should be put in even more risk by not holding abortion clinics to the same standard of any other outpatient facility. But the abortion lobby pushed this case so hard, and eventually polarized the case, to the point of misrepresenting what it was even about in the first place. Not to mention the law was bipartisan in the state and authored by Democrat Senator Katrina Jackson.

In June, when we expected the justices to hand down the ruling on the case, we were on call nearly every day waiting for the decision that would bring us back outside the Supreme Court. On June 29th, we set out to the Supreme Court once again. Hoping for a ruling but knowing there was no guarantee. We held signs and shouted chants surrounded by pro-life people from all over the country!

It was very sunny all morning, but at the very moment that the ruling was handed down, the clouds covered the sun.

It reminded me of in scripture when Jesus goes through the passion, “and darkness fell over all the land.”

“We lost” was the first thing I heard. The details were a little murky at first, but we later found out that it was a 5-4 decision that came down to Justice Roberts, who caved. He claimed his decision was made because they had ruled the same way on a similar case just a few years prior. As if the Supreme Court has never changed its mind. Justice Thomas said that the Supreme Court’s precedents on abortion are “grievously wrong and should be overruled.”

This all sounds a little depressing, but there is hope! We will keep fighting for the preborn and women in this country. This case illustrates why it is so important to vote pro-life first. Supreme Court justices matter. A candidate who will appoint pro-life Supreme Justices is our best shot at overturning Roe V. Wade and winning more pro-life cases. Justice Thomas, Kavanaugh, Gorsuch and Alito, voted the right way. So the Supreme Court may soon be at a tipping point on abortion!

Although this is an extremely disappointing ruling, it may show to others that the abortion lobby really does care less about their patients than they do about their profits.

This is a guest article by Claire Anderson, a Students for Life leader and student at Northern Virginia Community College. 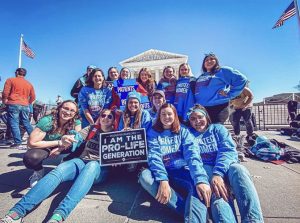