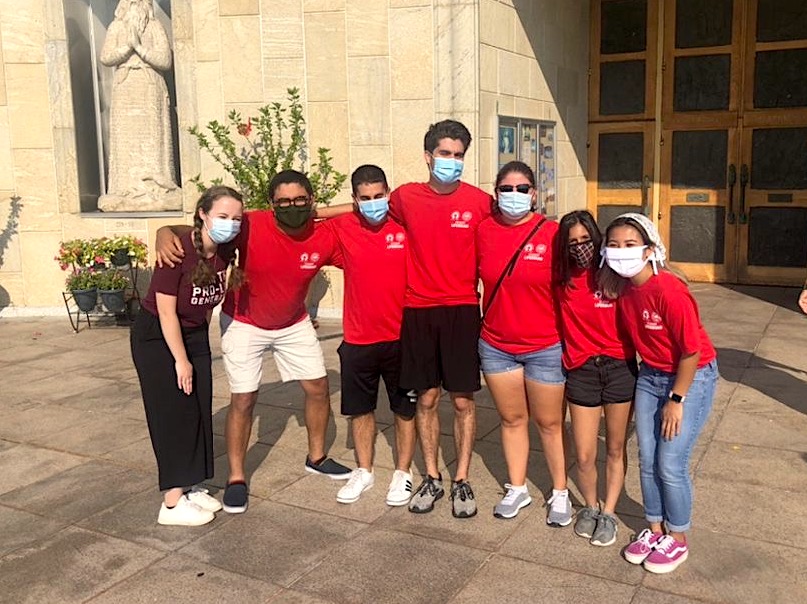 Students for Life Action knows how much the pro-life issue inspires voters to get out and participate in elections. Our unique partnership with the Susan B. Anthony (SBA) List has allowed for the successful mobilization of the pro-life generation throughout key states across the country. The coronavirus (COVID-19) has not slowed us down. We’ve transitioned from the campus to computers, and we’ve just trained our 100,000th student to help us elect pro-life champions.

The party affiliation of the lawmakers we support is irrelevant to us as a non-partisan group. With the stakes being so high and unborn lives being on the line, what matters most to us is electing candidates who will advance pro-life legislation.

Our extensive student network has worked tirelessly to campaign for life this summer, and the numbers prove how much their hard work has paid off. Twenty of our college interns knocked on 30,000 doors in AZ, KS, MI, NC, VA, and our partnership with SBA List means an additional 20,000 can be added to the count. Since May, 2,000 volunteers and two staff members have made nearly 200,000 calls during these crucial races.

Working with SBA List to increase our digital efforts during COVID-19 has helped us identify potential pro-life voters of all ages in 6 key states. Our voteprolifefirst.com strategy has allowed us to grow a unique online audience and persuade people under 30 in the “mushy middle” on the issue. Our virtual campaign results led to 210,000 youth voters being reached, and 30% (63,000) were converted and pledged to #VoteProLifeFirst in 2020.

SFL Action has worked tirelessly this summer to put state legislatures in a better position to pass pro-life laws in the future. For example, we educated voters in Arizona about the record of Republican Senator Heather Carter. Last year, Arizona almost passed a bill that would’ve sent 7.5 million dollars to pregnancy resource centers. Carter was one of two pro-choice Republicans that caused the bill to fail by voting with the abortion lobby.

We knocked on 5,000 doors and made 35,000 in support of Carter’s primary challenger, Nancy Barto. SFL Action’s involvement in the election was worth it, as Barto ousted Carter and took over her Senate seat. As a result, Arizona will likely see more pro-life laws next session.

The work we’ve done this summer to elect pro-life leaders is only the beginning. We still have so much to do this fall. We plan to mobilize 360 students all over the country and work with SBA List again to campaign in key swing states for President Donald Trump. Our students will continue to have meaningful conversations with voters about abortion by knocking on 250,000 doors and expanding our voter registration efforts to 153 college campus.

Each student who joins us for the fall will receive a baby sock to wear to represent the 2,362 preborn children who are killed daily by abortion. We are working to sock the vote and be their voice!

SFL Action understands that life is the single most important issue of our time, and we’re gearing up to encourage more people to get out and vote on behalf of the preborn.