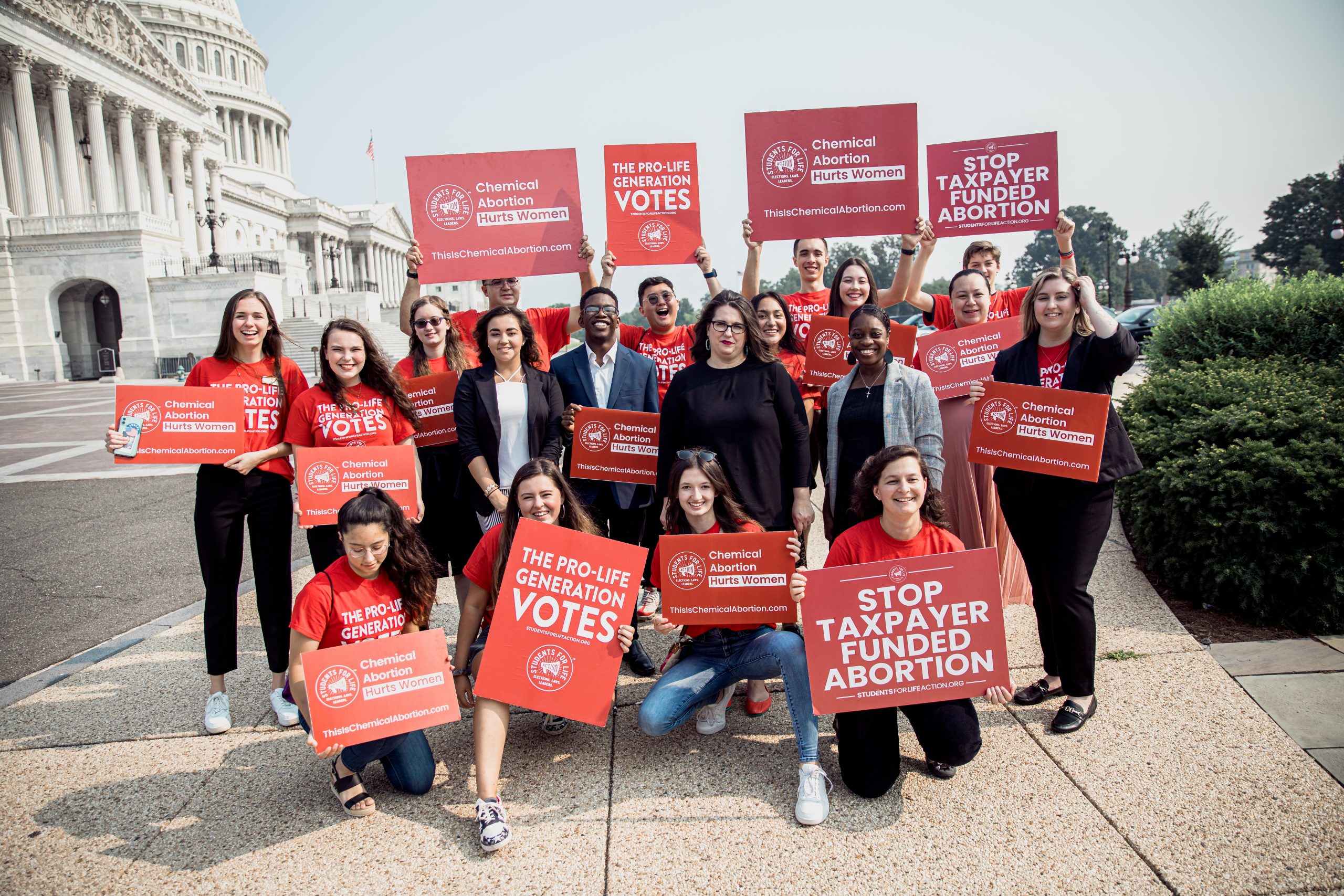 SFLA Action Staff
July 21, 2021
Students for Life Action is excited to announce the introduction of a federal bill called Protecting Life on College Campus which will be brought forward by U.S. Senator Steve Daines (R-MT), U.S. Representative Chip Roy (R-TX-21), and U.S. Representative Mary Miller (R-IL-15). Our team has been involved in a number of state bills, but this marks the first SFLAction-inspired federal bill that would help curtail the abortion industry. Our team was honored to pitch the idea of targeting the expansion of Chemical Abortion and aid in drafting the bill.
If passed, this bill will prohibit federal funds from being directed to institutions of higher education that provide Chemical Abortion drugs to students and faculty. Turning American colleges and universities into abortion vendors serves no educational purpose. In fact, abortion puts women’s lives at risk and creates increased liability for schools.

Students for Life of America & Students for Life Action have been at the forefront of this issue for the last several years, helping defeat California Senate Bill 320 in 2018. This bill would have forced all four-year public colleges in California to distribute free RU-486 Chemical Abortion drugs to college students. Although former Governor Jerry Brown vetoed this legislation at the time, Governor Gavin Newsom signed similar legislation, S.B. 24, into law in 2019. Since then, other states have considered legislation to force many publicly funded schools to dispense dangerous Chemical Abortion Pills, essentially turning student health centers into abortion vendors and dormitories into abortion facilities.

Students who find themselves pregnant should be lovingly embraced by their campus communities. Our schools and legislators should invest in creating resources, programs, and support for pregnant women, enabling them to achieve their academic and career goals instead of facilitating the killing of their child. Abortion not only ends the life of an innocent preborn child but can also lead to lifelong physical and emotional repercussions. There is no legitimate reason for college and university campuses to provide abortions, especially at the expense of fellow students and taxpayers.

As of July 19th, there were already 50 original co-sponsors of this important legislation. The Students for Life Action team looks forward to partnering with pro-life legislators to help advance this bill and keep colleges and universities from becoming abortion facilities.

CLICK HERE to email your U.S. Senators and U.S. Representative urging them to co-sponsor this bill!