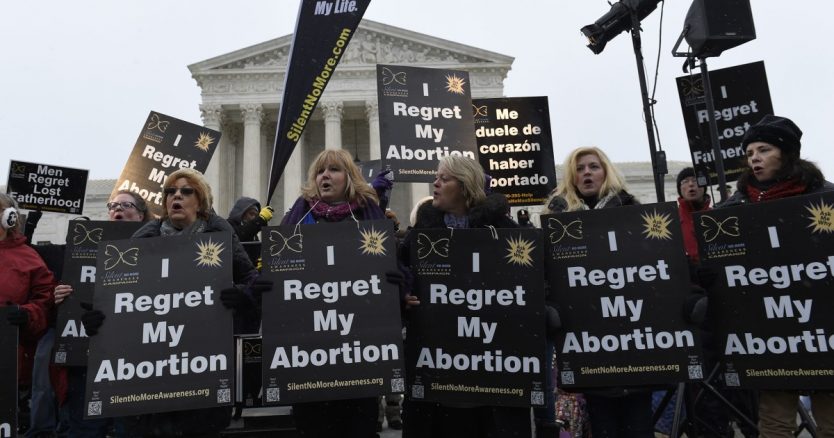 A new book claims abortion is more helpful than harmful to women. Titled “The Turnaway Study: Ten Years, a Thousand Women, and the Consequences of Having—or Being Denied—an Abortion,” the book covers the findings of the infamous Turnaway Study on women’s reactions to abortions.

The Turnaway Study began in 2007 studying women with “unwanted pregnancies” and comparing women who aborted with those who carried their babies to term because they missed the maximum gestational age allowed for abortions at the facilities studied. It reports that about 95% of the women studied who had abortions felt it was the right choice five years later.

The book’s author, Diana Greene Foster, is a professor at the University of California San Francisco, a school known for its nationwide abortion training. Foster writes that “Some events do cause lifetime damage, but abortion is not common among these.”

This has sparked a lot of new media attention from abortion supporters excited about presenting abortion as a positive force for women. A recent article from The New Yorker says that the study highlighted in this book “debunks most anti-abortion arguments.”

Another of the study’s authors, Corinne Rocca, Ph.D., claims their study debunks the idea that women suffer emotionally from abortions. However, Dr. Priscilla Coleman, a professor of human development and family studies at Bowling Green State University, told Catholic News Agency that there were many problems with the study’s method, mainly that the numbers surveyed turned out to be only a small portion of women. Coleman said that only 37.5% of the women asked to be studied agreed to participate, and later 42% dropped out, making the final results based on a mere 22% of eligible women.

Only 22% of an already selective group of women doesn’t really represent the majority. Furthermore, Coleman mentioned that contrary to what the Turnaway Study presented, most peer-reviewed scientific articles show that a high percentage of women risk having abortion regrets. Coleman said this matters because “[n]ot every woman’s going to regret her abortion or have mental health problems, but there’s an increased risk. And so that’s something women have a right to know about prior to undergoing the procedure.”

The Left may think publishing manipulated abortion statistics is the placebo effect they need to convince women abortion won’t emotionally impact them. But whether or not women who regret their abortions are represented in these statistics, leaving them out can’t cancel the truth.