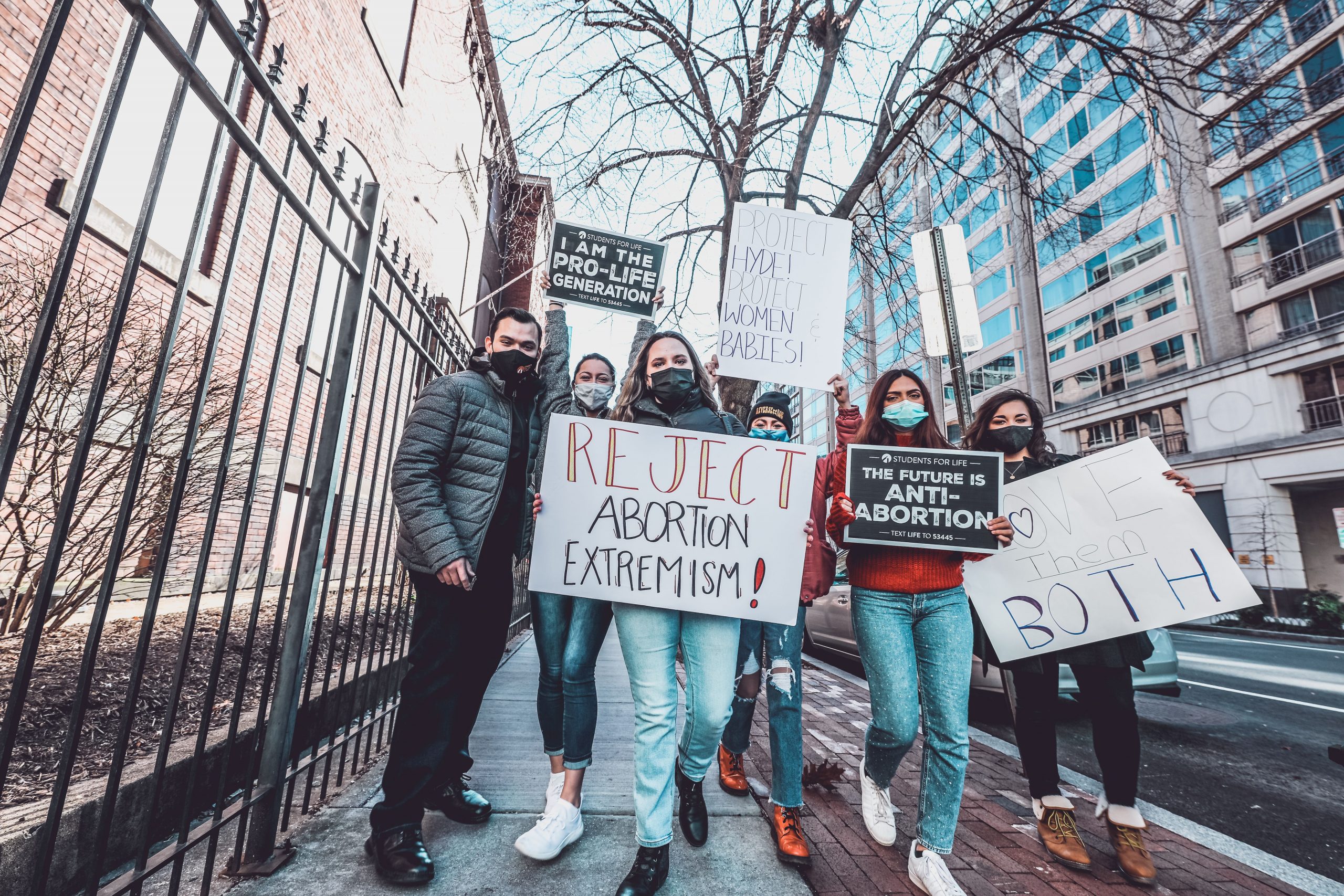 West Virginia Students with Student for Life Action Appeal to Sen. Joe Manchin to Vote NO on the confirmation of Xavier Becerra and to Support the Filibuster

“Radical people are preparing to force abortion into healthcare, into domestic and foreign aid spending and to destroy the states’ Constitutional role in elections,” said West Virginia University Junior Emily Caracciolo. “As a West Virginian student, I ask that Sen. Manchin vote against the confirmation of Xavier Becerra and to support the filibuster, which makes sure that votes on big issues are bipartisan.”

Students for Life of America’s Mountaineers for Life (West Virginia University) executive team leader Emily Caracciolo (KARA-SOLO) along with students from across the state of West Virginia on Monday will be at an event organized to share the concerns of the Pro-Life Generation and the ten SFLA/SFLAction groups across the state.

Emily to make the following remarks and will be available for questions. Her statement reads:

“As a pro-life voter who voted Pro-Life First in the election, it’s extremely disappointing to see the radical shift in favor of abortion that is coming from President Joe Biden’s administration. We are standing outside of Sen. Joe Manchin’s office today asking him to reject the pro-abortion litigator, Xavier Becerra (Ha-vee-air Be-sera) from taking over the nation’s healthcare at Health and Human Services.

“Whenever he has had the chance to do so, the California Attorney General used the power of his office against pro-life people, from nuns to volunteers assisting expectant moms to journalists. Pro-life Americans are going to need to get their legal counsel on retainer as the ‘famously partisan’ attorney without any experience in heading a medical enterprise takes over healthcare during a pandemic. We fear that President Biden intends to sue the rest of America into funding an abortion agenda, which would be a betrayal of more than half of the country who do not want to be forced to fund abortion, here at home or around the world.

“And they are attacking the American people and our Constitution in HR 1, which goes after the state management of elections, giving partisans in Washington D.C. power over elections nationwide, and attacks the free speech rights of Americans expressed through groups like Students for Life Action. Right now, the only way to protect our elections and free speech rights is to defend the filibuster, so that all votes will be bipartisan.

“So today, we ask Sen. Joe Manchin to please vote NO on the confirmation of Xavier Becerra and to please keep supporting the filibuster.

Students for Life Action is scoring a vote on Becerra as a key vote.

Leading opposition efforts against this nomination since December, Hawkins explained the many reasons why the “famously partisan” attorney was a bad choice in an op-ed up at USA Today.