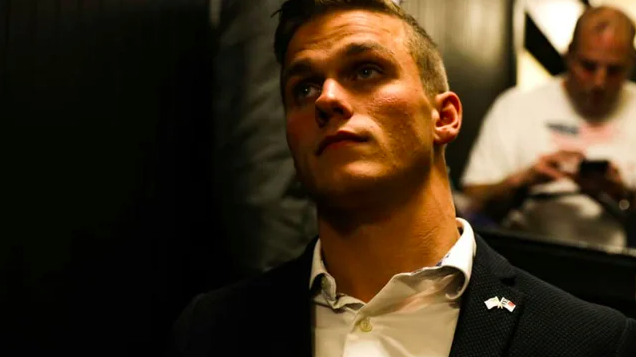 On Tuesday night, 24-year-old Madison Cawthorn won the GOP Primary in North Carolina’s 11th Congressional District. He is now a favorite to win the general election in November. He will be the youngest member of the House of Representatives, a distinction previously held by Rep. Alexandria Ocasio-Cortez.

After graduating high school, Madison was appointed to the US Naval Academy, but a car accident left him paralyzed and unable to serve. Instead, he plans to join Congress to stand up for preborn babies and fight to abolish abortion.

In his own words: “I am pro-life. Each of us have an inalienable, God given right to life. The first responsibility of the government is to protect its citizens, including those who are pre-born.”

“When Roe v. Wade was passed we didn’t even have the ability to use an ultrasound. But now we can look inside a mother’s stomach and see that this precious baby experiences pain, has a heartbeat and we are a country who has legalized murder. The left is not pro-choice. They are pro-murder. We must stand up for the weakest among us. We must repeal Roe v. Wade. Our laws must reflect our science.”

Students for Life Action welcomes our generation’s newest Champion. We look forward to fighting with you to save preborn lives from abortion.

Read About Opportunities to Get Involved in Federal Races Here