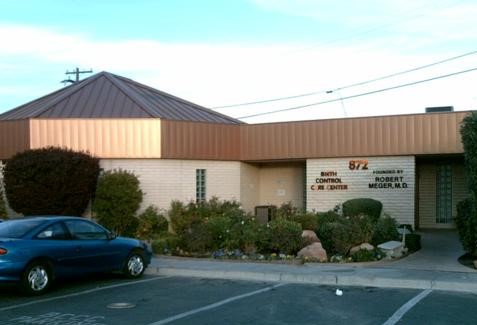 Felipe Avila, the Nevada Public Policy Captain for Students for Life Action has taken up a project to close down a dangerous abortion facility In Nevada. The Birth Control Care Center is a facility located in Las Vegas that performs late-term abortions up to 24 weeks gestation.

Felipe is working to close this abortion facility through rigorous local and national outreach. You can contribute to the closure of this facility by calling and emailing the Nevada Department of Health.

In addition, the facility has a history of providing poor healthcare. In their 2019 inspection, the Department of Health found “the facility failed to maintain professional standards of practice by ensuring: 1) Medications were stored in a secure manner; 2) Follow-up calls were made to 1 of 4 surgical patients within 24-48 hours, per facility policy (Patient #2); and 3) Filters for the transvaginal ultrasound probes were changed per manufacturer instructions.”

A few weeks ago, facility staff threatened Felipe and other pro-life leaders for attempting to sidewalk counsel. This is yet another reason to be concerned by this facility.

The Birth Control Care Center has shown in recent years that they do not value the lives of women in Las Vegas by failing to abide by state health regulations. If this facility is allowed to continue to operate dangerously, it will have major repercussions for women.

This article was contributed to by Felipe Avila, President of TeenProLifers and Nevada State Captain for SFL Action.