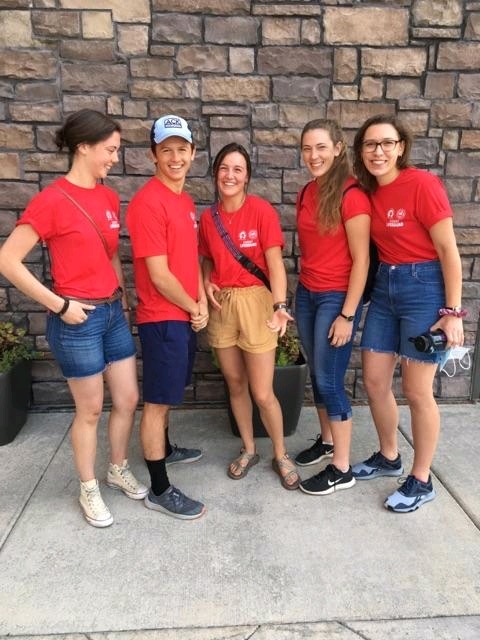 Students for Life Action is partnering with the Susan B. Anthony List this fall to host an activism weekend in Montana as part of our “Sock the Vote” tour. Montana is key for keeping a pro-life US Senate majority that will confirm pro-life Supreme Court picks. That’s why we’re equipping students with the tools they need to inspire voters to join the national dialogue on abortion. Already, we’re so proud of the volunteers we trained who knocked on 11,000 doors within the state from August 20-24.

However, we can do so much more to educate voters about abortion and encourage them to vote pro-life first!

862,320 abortions are committed every year in this country. We’ll be dialoguing with people about this unspeakable tragedy through online outreach and displays on college campuses. When we visit colleges across the nation, our team will take 2,362 baby socks with them to represent the number of children lost to abortion every day in America.

You can be a voice for the unborn by being a part of the generation that will end abortion. 93% of millennials disagree with the Democratic Party’s abortion platform. 51% oppose Roe v. Wade after learning it allows abortion throughout all nine months of pregnancy. 65% of millennials believe we should be able to vote on abortion-related policy – a right Roe v. Wade took away from the states.

Life is winning, and your actions can help us continue to build a culture that values preborn humans! Some voters may not be familiar with the abortion issue. That’s why we need volunteers who can show voters why they need to speak against abortion at the polling booth.

Here’s the experience of Jill Cook, a Cowboys for Life Chapter Leader:

“I was soon in a lengthy conversation with a woman who was personally pro-life, but was not willing to put her beliefs into legislation. She made all sorts of exceptions for difficult circumstances where she believed abortion should be permitted: young age of the mother, poverty, rape, incest, etc. I prayed I’d be given the right words to respond, explaining that a poor 15 year old mother whose child was 2 years old doesn’t have the right to kill the two year old just because she was young and poor. And there is no more humanity in the two year old than the two month old in utero. Further, if a woman was a victim of rape or incest, why should the death penalty be given to the innocent child, while the disgusting criminal gets to erase his crime and continue abusing women? At the end of the conversation, the woman said, ‘Well, you’ve convinced me.’ And just like that, the whole trip was worth it. If a seed was planted through me in one heart to recognize the beauty of life, no matter the circumstances that life was conceived in, the entire experience was a success.”

Abortion is a grave injustice. That’s why we must elect candidates who will secure protections for the most vulnerable among us.

This fall, you can join us for one of two weekends, where we’ll be working hard to be a voice for the unborn. You can take part in our “Sock the Vote” weekend in September from Thursday, Sept. 24th to Sunday, Sept. 27th. Or, you can participate in October from Thursd