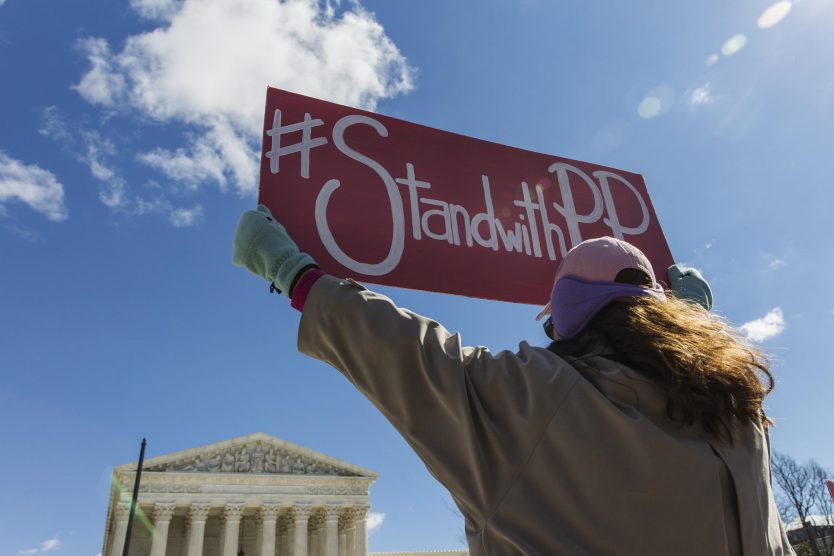 Across the country, pro-life student activists are organizing for Respect Life month, and these shows of peaceful solidarity have been met with intense backlash. In the past week, students were harassed in-person and online to such a degree that US Senator Marco Rubio came to their defense on Twitter.

On October 4, pro-life supporters in Winona Minnesota were harassed by abortion advocates interrupting the peaceful Life Chain event that was already taking place. WSU Pro-choice posted Instagram updates of their group crashing the event with signs reading “Against abortions? Get a vasectomy,” “Always a slut for reproductive freedom,” and “Mind your own uterus.” They captioned their efforts in a Facebook post saying “To the National Life Chain group who sat or stood near Winona State’s campus and/or near Windom Park: You cannot silence this movement. You cannot silence the fight for reproductive freedom, for all.” 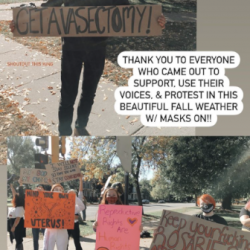 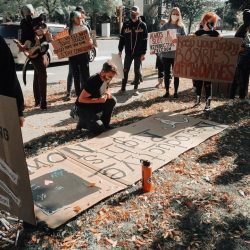 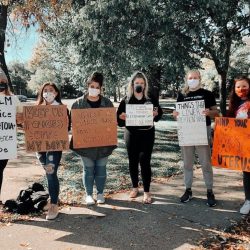 A group of high school students from the all-men Catholic school Belen Jesuit was attacked on Twitter for also attending a Life Chain event in their area of Miami Florida. The young men joined the peaceful event for life and pictures from their school’s Instagram were met with an onslaught of social media attacks mostly from pro-abortion women. One of the most provocative posts edited the students’ photos into a scene from the game “Grand Theft Auto” to portray them being hit by cars and left dead on the road. The tweet read “how many points are they worth?” Multiple tweets either called the students names like “misogynists” or “disgusting” or edited their photos to display vulgar messages on their pro-life signs. US Senator Marco Rubio showed his support of the students, tweeting a picture of them with the caption,“‘You will be hated by all because of my name’ Matthew 10:22.”

Just a few hateful posts of many: 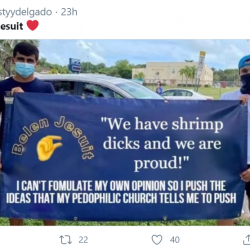 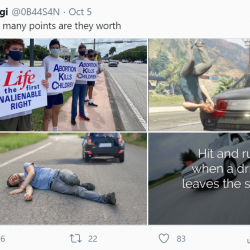 High school teacher Jacob Kelly was harassed on Facebook for promoting a student pro-life club at Robertson High School, Las Vegas. Students accused Kelly saying it’s “wildly inappropriate for a teacher to be making a group where the aim is to be telling high school children what to do with their body,” one post read. Some attacked Kelly’s character, calling him and his wife out, “And guess what him and his wife never adopted they just keep breeding and encouraging everyone else to breed no matter what conditions the children are brought in to.” Students came to his defense for having the club, but were attacked and told Kelly was “just super concerned about the reproductive tracts and vaginas of young teenage girls it seems like.”

What’s particularly disturbing about these accusations is how abortions activists frame men in perverted ways, attempting to delegitimize their place in caring about their mothers, wives, and daughters. It takes two to have a baby, to raise a baby (ideally) and clearly their concern is coming from a place of love, whereas abortion activists come from a warped sense of individualism–the false belief that they have the right to destroy life because of inconvenience.

SFLA encourages young pro-life men and all activists to be strong, stay brave and to remember that there’s nothing more precious than the countless innocent lives that will thank you for being born.