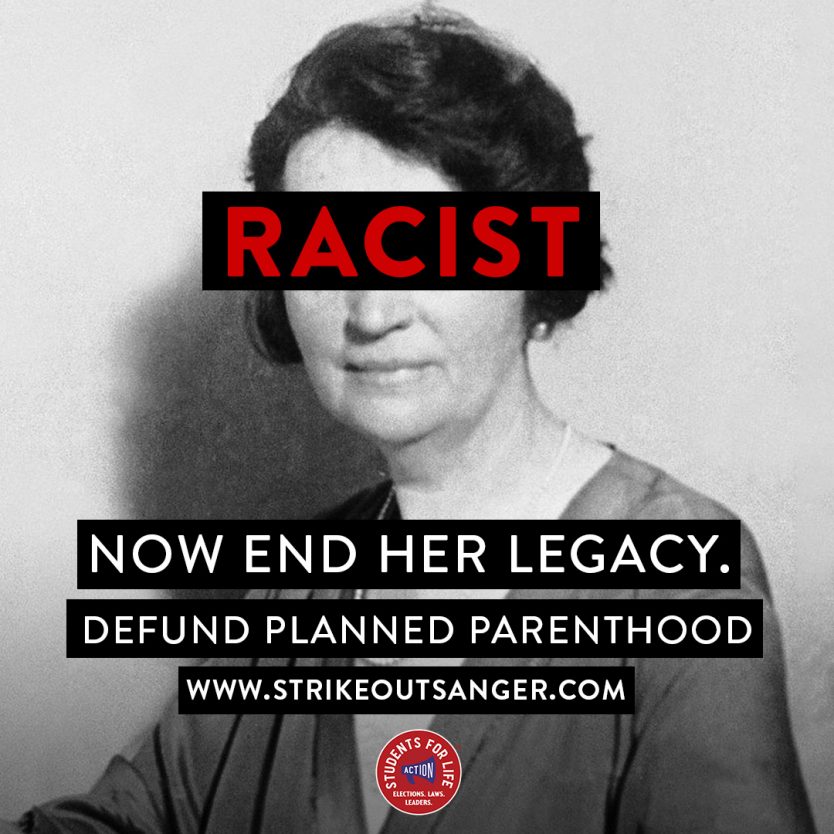 Earlier this month, Buzzfeed News published an article that asserted Planned Parenthood’s racist roots are not as past-tense as many abortion supporters would like to believe they are.

26 employees of various Planned Parenthood affiliates spoke with Buzzfeed, acknowledging that they have experienced various forms of racism and marginalization during their time at the organization.

“I do think it’s worse in reproductive rights, because it is insidious. The movement prides itself on working on issues affecting the most marginalized in society — women, trans and nonbinary folks, and people of color,” one woman who used to work at a major public relations firm that works with reproductive rights organizations told BuzzFeed News. “And yet, in their own workplaces, they don’t value those people.”

And this story comes just a few weeks after a letter was signed by more than 300 current and former employees of Planned Parenthood of Greater New York, the largest Planned Parenthood affiliate in the nation, demanding that the organization perform a comprehensive assessment of internal policies and implement serious, authentic changes to existing practices.

“After years of complaints from staff about issues of systemic racism, pay inequity, and lack of upward mobility for Black staff, highly-paid consultants were brought in three separate times to assess the situation,” the letter signed by hundreds of Planned Parenthood staff and supporters in New York reads. “Each time, employees of color were brutally honest about their experiences, but nothing changed.”

Reality is such that issues of racism are nothing new for Planned Parenthood.

It’s a widely-known fact that the organization’s founder, Margaret Sanger, held beliefs that were deeply intertwined with eugenics – the belief that humanity should be “purified” by eliminating reproduction amongst those referred to as “undesirables.”

As Sanger pursued her ideas surrounding legal hormonal contraceptives, she associated with a wide variety of controversial groups so as to spread her message – including the KKK – and facilitated an initiative called “the Negro Project”.

None of this, however, has prevented Planned Parenthood from awarding pro-abortion allies and leaders with the “Margaret Sanger Award” over a period of many years.

Some of those statements are quoted here:

“We… acknowledge our past and our present participation in white supremacy… As we mourn, we are also forced to take a look at ourselves…” – Virginia League of Planned Parenthood

“We must confront how white supremacy of the past and present continue in the institutions we are a part of today – including our own organization.” – Planned Parenthood of the Pacific South West

“Margaret Sanger was a part of a eugenics movement that was rooted in ablest and racist ideals… We cannot condone that behavior. And we cannot ignore how her behavior and associations have shaped Planned Parenthood today.” – Planned Parenthood of the North Central Shores

In July, Planned Parenthood of Greater New York made the decision to disavow Sanger, removing her name from the facility – but it’s clear the problem goes deeper than some letters on a sign.

It’s time to call Planned Parenthood out for their racist roots.