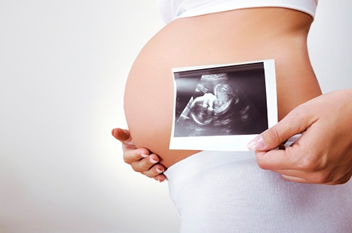 Students for Life Action To Call on New Mexico House Members to Vote NO on SB10/HB7, To Prevent Abortions Up to Birth in a Post-RoeWorld

“This effort to make sure that abortion up to birth are allowed in New Mexico won’t make the state a ‘Land of Enchantment,’” said SFLAction’s Kristan Hawkins. “Pregnancy is not a disease cured by abortion, which is practiced and allowed in New Mexico so far past babies’ viability, that New Mexico could call itself the ‘Land of Infanticide.’”

SANTA FE, NM (02-18-2021)– “New Mexico legislators seem determined to be declared the most pro-abortion state on record, as they again take up SB 10/HB 7 that would put an end to a 1969 pro-life law,” said Students for Life Action President Kristan Hawkins. “New Mexico is still grappling with the devastating consequences of Roe v. Wade’s total annihilation of pro-life laws. That 1973 ruling put an end to New Mexico’s 1969 law that made abortion illegal and protected the conscience rights of healthcare workers.” The measure is expected to go to the full House for a vote as early as this week. Students for Life Action is rallying voter engagement to prevent the abortion lobby from maintaining New Mexico’s status as one of the most extreme states on abortion in the country.

Hawkins noted that despite the tremendous pressure of the abortion lobby to get rid of the pro-life law, reportedly a priority of the Democratic caucus, SFLAction would be calling on members of the house to stand against abortion up to birth and reject the extreme measure that has been championed by the state’s Democratic Governor Gov. Michelle Lujan Grisham.

This has failed before. Following the backlash in New York and Virginia last year after legislators embraced the abortions of viable babies up to birth, New Mexico legislators rejected the current measure. The abortion lobby went after the Democrats who choose not to support the extreme measure. As reported in the Tulsa World, “Five incumbent Democratic senators who joined with Republicans to uphold the dormant state abortion ban in 2019 were ousted in last year’s Democratic primary election.” And one Republican faced such intense backlash after supporting the radical abortion measure recently, he changed parties.

To call on New Mexico legislators to vote NO on SB 10/HB 7, click here.

Learn more about our on-going efforts at Students for Life Action.