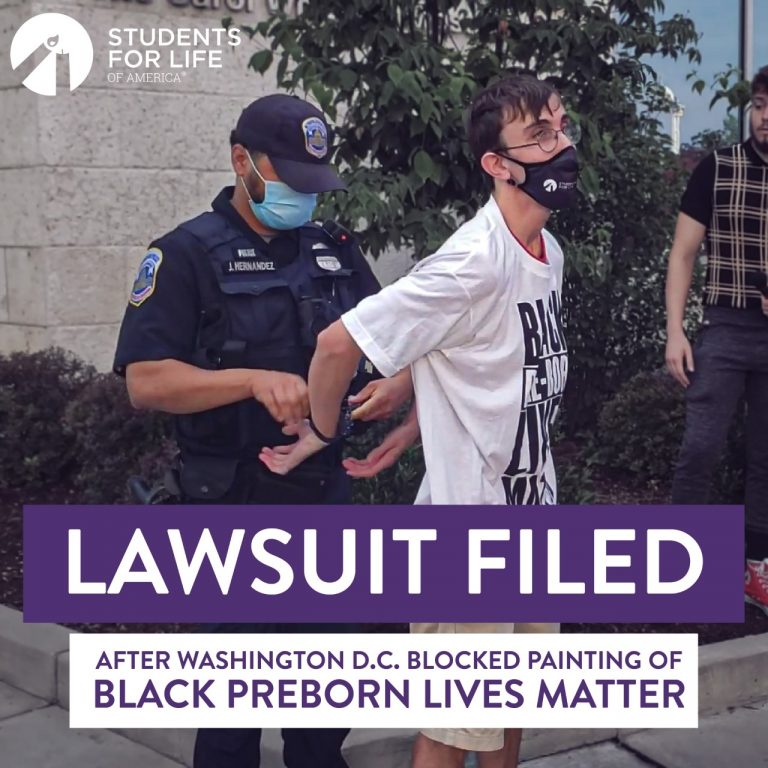 Lawsuit Filed After Unjust Arrest of Pro-Lifers in Washington, D.C.

“Cities that open their streets for free expression cannot close them to pro-life Americans who want to draw attention to the devastating loss of life in the Black community from abortion,” said Students for Life of America’s Kristan Hawkins.

WASHINGTON D.C. (11-18-2020) – The Frederick Douglass Foundation and Students for Life of America joined together in a lawsuit filed this week by Alliance Defending Freedom attorneys after the city of Washington D.C. sent police to prevent peaceful, pro-life individuals from painting BLACK PREBORN LIVES MATTER in temporary paint on a city street, even though other speech was permitted in permanent paint on streets. “City officials were not content to stop a message in temporary paint,” noted Students for Life of America President Kristan Hawkins. “Two students were arrested trying to express in chalk what they were not allowed to say in paint. That kind of viewpoint discrimination cannot be allowed to continue unchallenged.”

Check out the full article HERE!