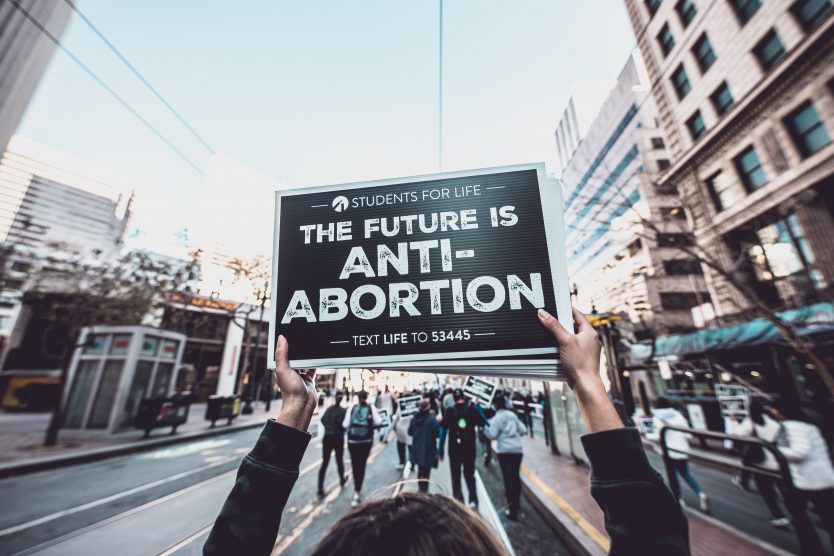 “Universities have tried to ‘cancel’ me and the Pro-Life Generation because they know we are effecting change — turning hearts and minds against abortion,” said SFLA’s Kristan Hawkins. “These are cultural shifts you’re not hearing about in a media environment that supports abortion. Come learn about how these changes have convinced me that the Future Is Anti-Abortion.”

TEMPE, A.Z., and WASHINGTON D.C. (04-15-2021) – TONIGHT, Students for Life of America (SFLA) President Kristan Hawkins will speak at All Saints Catholic Newman Center at Arizona State University. The stop is part of SFLA’s The Future Is Anti-Abortion speaking tour, aimed at educating on how the Millennial and Gen Z generations are spearheading efforts that will reverse Roe v. Wade.

Hawkins, whose anti-abortion presentations have sparked debate during her past campus tours, said that giving students access to the truth about abortion is more important than placating opponents of her message. This highlight from Hawkins’ tour stop at Western Kentucky University has gone viral.

“The pro-life position isn’t something to fear, but my talks nevertheless trigger university students who are convinced it’s good to shut down any expression threatens Leftist orthodoxy. What I want students to know is that the anti-abortion position is increasingly mainstream, and it’s not going away — it won’t be canceled.

“I know what it’s like to feel silenced and written off as “fringe” for being anti-abortion. But the anti-abortion position anything but fringe. Millennials and Gen Z are trending pro-life.

“January polling commissioned by SFLA found that more than 7 in 10 Millennial and Gen Z voters support limits on abortion. About half are opposed to their tax money being used to pay for abortion. Nearly half support banning abortion as early as 6 weeks, when a child’s heartbeat can be detected. By a margin of 57 % to 30 %, Millennials and Gen Z reject Roe v. Wade when they learn the ruling allows for abortion through all 9 months.

“It’s actually the abortion extremists who propagate the media narrative on abortion who are out of touch and fringe. In fact, our polling found that less than 2 in 10 Millennial and Gen Z voters want what is currently the Roe v. Wade status quo: Abortion through all 9 months, for any reason, funded at times by taxpayers. The other 8 in 10 don’t want what the abortion lobby is selling — and that’s why the Future Is Anti-Abortion.”

Hawkins said she especially hopes to see students who support abortion at her talk: “I hope they come with an open mind to engage in dialogue during the Q&A. They may be surprised by the common ground we share.”

At Newsweek, Kristan Hawkins and Toni McFadden weigh in on why pro-life advocates must have the same free speech protections as everyone else. Read the op-ed HERE.