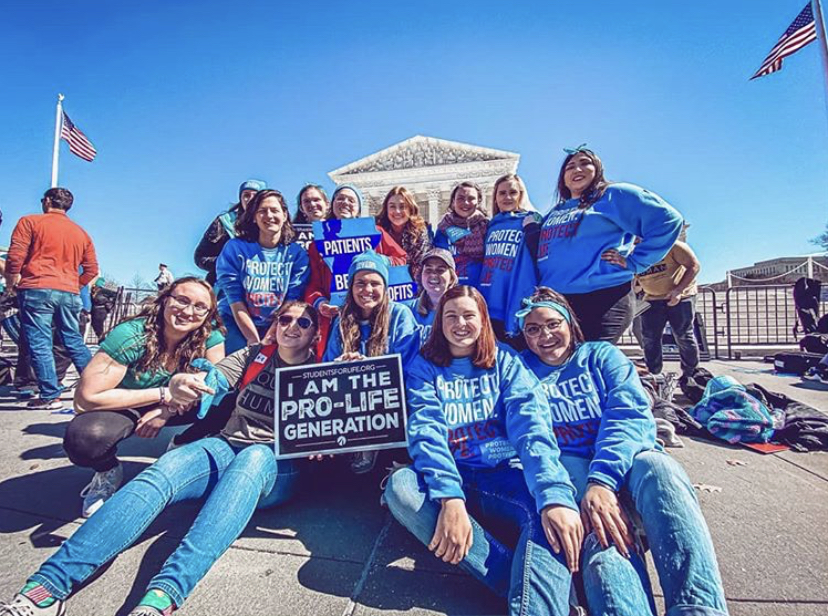 As part of efforts to encourage voters to #VoteProLifeFirst and to persuade U.S. Senators to vote to confirm Amy Coney Barrett, Students for Life was VERY busy this past weekend. Check out what we were up to:

#Justice4Life Tour
The Students for Life team (and students) traveled to key states across the nation to encourage U.S. Senators to vote to confirm Amy Coney Barrett. On the tour, we visited:

Even while on the ground in eight different cities across multiple time zones, we were still able to provide our viewers with a live stream showing several of the rallies, hosted by Student for Life Action’s Autumn Schimmer and Governor Scott Walker.

And that was just in ONE weekend! This brought grand totals to 450,000 phone calls, 800,000 text messages, and 130,000 doors knocked on. There is no doubt that these efforts have made a difference for the preborn this election. Plus, one of the coolest parts of the weekend was that Charlotte Pence, the Vice President’s daughter, helped us make some #VoteProLifeFirst phone calls!

Read more and check out pictures from last weekend HERE!